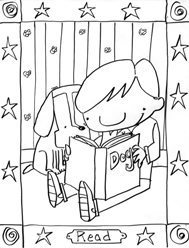 Aggie and Ben read with greed.
They're hooked on books!

Have you ever lost a dog, or had your dog get loose and think she's lost? Nikita escaped FOUR times in three months! My pup is getting a fence.

Dogs do sometimes get loose and at times that's a chase that just isn't fun. In "Aggie's next adventure, AGGIE GETS LOST," Aggie gets away from Ben. Ben thinks Aggie is lost, but is she really? Check out Aggie's newest adventure at your local library or bookstore! 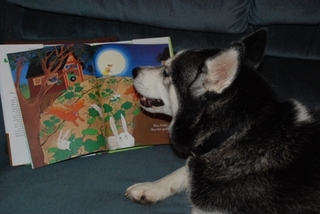 Meet my helper for Aggie stories, Nikita. Nikita is our Siberian Husky. Though much larger than Aggie, Nikita is just as nutty. 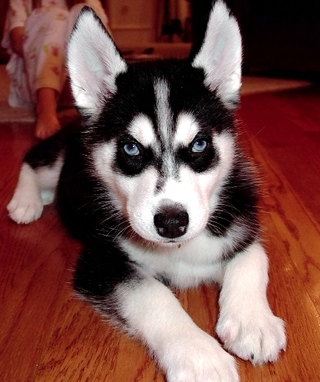 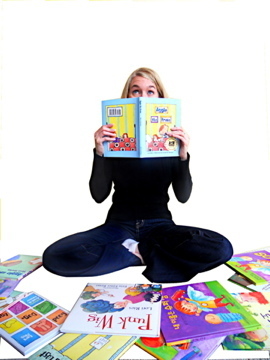 Click on a Book Title to see reviews and event pictures that pertain to individual books.

Everyone in Charlie's family loves Emmet, the dinosaur. But it's Charlie that loves him most of all. She couldn't ask for a better friend. He shares her food, reads her books, and when Mommy goes to the hospital, he helps take care of her.

Wat's it like having a dinosaur for a nurse? Find out in these four short chapters - just right for beginning readers.

It's dark! It's eerie! Ghouls, Witches, and werewolves might scare this trick or treater out of a fun Halloween adventure.

Señor Picante Is My Red Fish

When Miguel sets up a fishbowl for his new pet, Señor Picante is delighted by every surprise. One day, Señor Picante has a surprise of his own. How can a fish surprise a human friend? Friend - Amigo.

One day at the park, Aggie gets lost. Ben looks and looks, but he cannot find her. It is the worst day ever. Will Ben ever find Aggie again? Find out oin three short chapters just right for beginning readers.

Aggie and Ben is now available in Spanish. This was also chosen to be a Junior Library Guild book.

Responsible owners spay and neuter their pets. When it is time for Aggie to go to the vet, this is new to Ben. He doesn't like leaving Aggie overnight, nor does he like Aggie being a lamp head. How does he make himself and Aggie feel better? Find out in Aggie's newest adventure.

In this sequel to Aggie and Ben, the best friends are back for more boy-and-his-dog fun. Young readers will laugh out loud at Aggies irrepressible antics and Bens determined attempts to train her. Three short chapters, just right for beginning readers, follow Aggie and Ben on their adventures in doggie training, obedience, and friendship. Frank Dormers spirited and expressive illustrations are as unrestrained as Aggie herself.

Come spend a day in the life of Ben and his new dog, Aggie. These three stories are sure to delight and tickle the funny bone.

Making pickles takes a lot of work. But Mrs. Fickle is more than up to the task. She can't wait to start digging in her garden. But she can't simply plant a pickle. She needs to select the right cucumber-pickle seeds. From the seeds come seedlings and eventually cucumbers. Then comes Mrs. Fickle's favorite part of the process: picking and pickling the cucumbers. This summer she might enter them in the county fair!

Petey wants to make something wonderful- but he can't help making a mess along the way. Build early reading skills while Petey builds his surprise in this second tale of two brothers.

Mrs. Fickle likes her pickles. I like Mrs. Fickle's dogs and hats!
* Painted photo above by the wonderful Nancy Cote, illustrator for "Mrs. Fickle's Pickles." Please visit Nancy at www.nancycote.com.